You are about to discover the story behind my very first premium WordPress plugin, and how it turned to be a good business for me. I will share with you a real life example of how I built a WordPress business with only one plugin, and how business performed in a period of 2 years.

So, let me go straight to the point; and tell you how it was all planned, and how it happened!

Since I’ve been in the Thesis Skins business, I’ve been wondering how to go over the limitation of my targeted clients! I wanted to start targeting a bigger market, where my final product can serve more wider range of WordPress users.

I thought plugins would be the ideal solution, they are widely used and they can be designed to work on any WordPress Theme!

So, I came up with these 7 steps and ideas to start the business:

I haven’t thought about Time at this point, I just needed to prepare everything and follow the steps till I see good results.  So keep reading on to know what happened in the last two years.

Develop something that solves a problem

Here I needed to find out what people need to solve, and design a solution for them.

I already have been testing review markups on FamousBloggers.net, and got some great feedback about the rating stars I had on the reviews section and also the Google SERPs, I’ve been asked many times to share how I marked up the blog. So, I had to take an action and provide a plugin that everyone can use to review a service or a product on their website.

So, I had a good feeling this might be a good idea, creating a set of plugins that deal with markups and schema types.

Release a free copy of the plugin (December 2011)

The story goes back to December 2011, when I released my first WordPress plugin at wordpress.org, it was the very first release of the Author hReview plugin, it was a free plugin that everyone can download for free!

I got great feedback about the plugin, and it turned to be a win win for everyone, the plugin actually solved a problem, and it’s getting quite bit of promotion. The free version has been downloaded 6000 times in only a few months.

I’ve created a special website dedicated for the plugin, I called it the AuthorhReview.com, this website should take care of everything related to the plugin, for example: support and upgrades. I wrote a few blog posts to let everyone the status of the plugin. 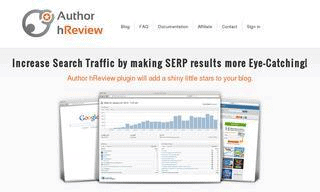 I must say, this is a great experience because I could keep in touch with a few of the plugin users and hear what they really think of the plugin, and what other features could be added to enhance its overall functionality. It was a great test for the plugin too, I’ve collected a huge list of features that has been contributed by the free copy users.

Here is a link to my very first post on its blog.

Creating a paid version of the plugin (June 2012)

This was a quite big challenge, I mostly work alone, so I have to take care of every single aspect that matters when creating a paid version of a WordPress plugin, it’s a lot of work, really! But, someone has to do it, and the Author hReview plugin has been made!

Anyways, I was able to put my codes together, implement the most important features suggestions that has been contributed by the free copy users, and finally I released the first version of the premium plugin at January 2012 (after about 6 month of releasing the free version of plugin).

Here is a screenshot of the first year of business:

It was really great, because the paid version did really well. As you can see, sales showing an average of $1000/month, which in my opinion a good start.

I still have to follow the plan though, long way to go! It was always a matter of listening to what members has to say, and -if it’s possible- try to bring it as a new feature in the plugin.

I got quite good idea for my second plugin, which has to deal with user reviews/rating, and produce more details about the reviews product or service.

So, it took about 6 months to develop and release my second plugin, I called it the WP Reviews plugin.

The new plugin got a quite impressive launch that many internet marketers participated in with reviews and promotions. I had to be ready for the launch, so: 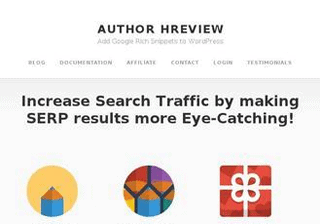 The new WP Reviews plugin came with the support of editor and users reviews, and packed with tons of features which has not been in the Author hReview plugin (which supports only editorial reviews). It didn’t took me long to see people liking the new plugin, and asking for more features and enhancement.

This results in a big jump in sales, it actually got doubled:

As you can see sales average during the second year jumped to $2000/month.

Of course, the amount of work for both development and support increased too, but it’s all good when there is a steady return. I must point out that active affiliate marketers has been great help for promoting the plugin package, and truly delivered the right message.

The affiliate program was built since the beginning, but it wasn’t quite functioning yet, however in 2012 it started to grow, more affiliate signups leaded to earn an additional income every month. I’ve paid more than 12,000 to affiliates.

I eager you to join my affiliate program, the irresistible offer makes decision easy to make, and you could join me promoting it to your website readers or email list.

Now, it’s time to another cool enhancement, probably after two years of experience with what I have on hands, it’s time to do another valuation for the whole project, see what’s missing, and how it can be expanded.

So, I came to a very important step, I’ve learned many things in the last 2 years being working on this awesome project, there is still long way to go, more websites owners and web masters needs to markup their pages, the schema itself supports a wider range of markups. And, there isn’t a solution for this yet, so I should take this new challenge!

I needed to have a demo example site to show what can be done with the WP Reviews plugin, so I created wpleaders.com to give quite clear real life example. Latter on; I figured out I can keep running WPLeaders website and build a new demo site to demonstrate everything that can be done with all plugins in the package in a better and clear way. So, I built this Demo Site.

I felt the need to create a more flexible plugin, which I can extend in the future more easily, and make this available for everyone who wants to get involved some howto contribute to the plugin market. So, I planned to make the new plugin core extensible by add-ons.

The only problem this time was the upgrade path for the new plugin, are all members are able to upgrade or replace the older plugins with the newest one? The answer was unfortunately “No!”.

I had to sacrifice that, it’s a lot of work to get this plugin ready, especially that I will have to re-code a huge part of its core functionality, it took me about 6 months of hard work, but finally I could release the most recommended plugin in the package.

And again, I had to go through the process of website makeover! 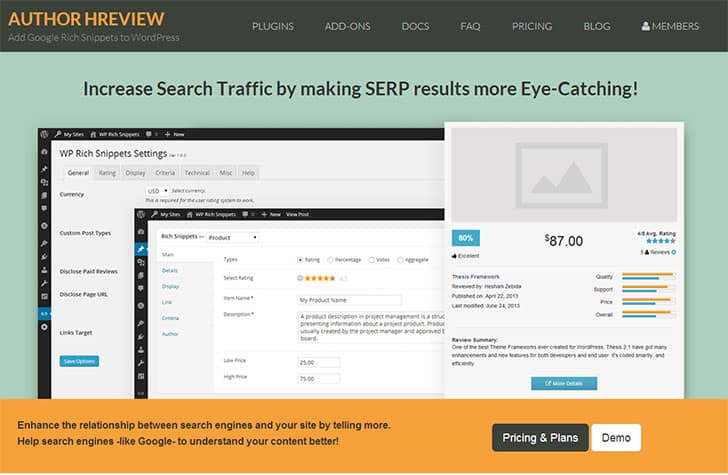 I’ve re-designed the website for the third time to get it ready for a new whole adventure, which I hope will be successful!

The website already generated a gross income of almost 60K, it has been a fantastic experience working with around 1000 clients in the last two years.

Finally, I could release the WPRichSnippets plugin, you can call it the plugin of my dreams.

The new plugin is so extensible, so I will be working on extending its functionality via a cool set of add-ons and make something real good out of it.

WPRichSnippets: Got it’s Own Domain Name (May 2015)

At some point, I found out that the best way to manage things is to separate WPRichSnippets plugin and all of its add-ons, so I moved it to its own website, with even a new domain name. 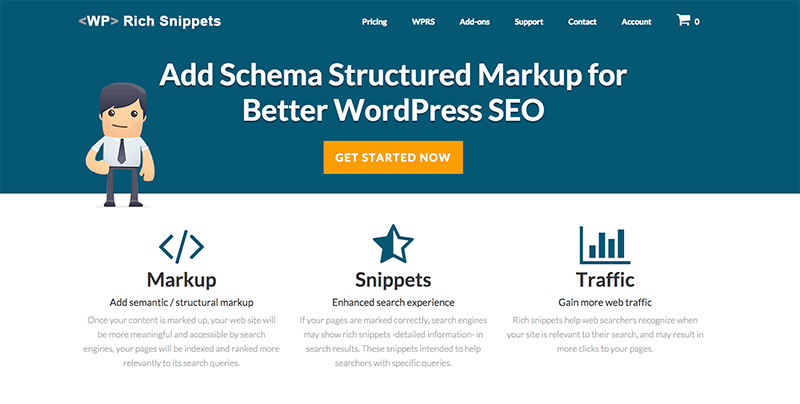 The new website is called WPRichSnippets.com, it’s the new home for the plugin.

Although; this is just a very little piece of the market, but it has been proven many times that WordPress market still needs a lot of contributions, I’ve been working on this project for the last two years, and I think it can be taken to the next level.

This site uses Akismet to reduce spam. Learn how your comment data is processed.

We use Ultimate Blocks to Create Better Content With Gutenberg.

WPLeaders is a hub of WordPress Leaders. We aim to let you know about leading WordPress themes, plugins, hosts, services, and anything related to WordPress.